How to Support Animal Rights Activists

© 2009 Albert A Rasch
.
Supporting the Animal Rights Groups
in Your Neighborhood

Bet you never thought you would ever see the day when I would post an article on the successful methods of supporting or even starting an animal right group, but lo and behold, I have seen many in our own ranks do just that!

"Tell us it isn't so, Albert!!!" You cry in response, gnashing your teeth and rolling your eyes.

Well the truth is that many people that claim to be hunters just don't get the responsibilities that they have to everyone else that is a hunter. I'm not going to talk about the lawbreakers like poachers, criminals, and their ilk. That is in a category all its own, but I will mention people that facilitate law breaking in the guise of hunting.

#1: Do Really Stupid Stuff:
First of all, didn't your mother teach you how to act properly? I mean seriously. Didn't she teach you right from wrong? Let me ask you, aside from the fact that there are many things that you can do, aren't there things that you shouldn't do? 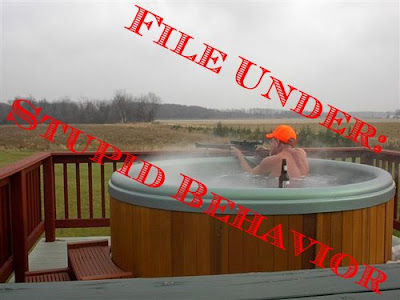 Let's see, we have a beer, a hot tub, and a rifle. Assuming this is a legitimate photo, whether joking around or not, it simply perpetuates the stereotypical view that hunters are a thoughtless bunch of cretins. Use your head, don't do or portray stupid crap. By the way, his particular picture is ranked very high in the social networking sites. The commentaries in most cases, are in very negative terms.

I've stamped it with my seal of un-approval. 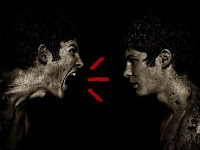 This is always handy when you want to reinforce the idea that all hunters are really just stupid, ignorant, fat, and lazy barbarians. When you open your mouth, be careful what you say. There was a great example of it at the Charter Arms booth at the NRA Convention in Phoenix. The point is that you never know who is listening, who is recording, who is documenting. That's number one. Number two, you should say what is in your heart and what is on your mind, but you need to be civilized.

Its corollary would be:
#3: Keep Ignorant of the Facts

This is an easy one, keep abreast of the facts. It takes little effort to amass a catalog of pertinent facts that will discombobulate any assailant. Granted, the person you are arguing with may not care about the facts, but everyone listening or reading what you are saying will certainly remember the facts.

Here are a minimum few you should be aware of.
Image Credit: Orin Optiglot
Just a few facts that are hard to argue with.

If you have nothing nice to say, you should probably keep your mouth shut. If you feel like you are ready to go on a rant, check yourself and decide what it is you are really going to say. Again it is imperative that as you start to feel the heat rise, you remain aware of the impact of that your statements and actions make, and their effect on your brethren. This obviously relates to # 2 above. But even if you don't say something stupid, you will still be branded as the ANGRY (fill in the blank) animal murderer.

#5: Argue that Your Way of Hunting is Better than Anyone Else's
Image Credit: Sylvester

This one is a little touchy. I recently had a fairly lengthy discussion with another fellow hunter. Other parties joined in with very good arguments, but shortly thereafter the discussion had broken down to a heated exchange. No matter what was said on either side, and everyone had a good number of facts to support their positions, (Along with a couple of bucketfuls of opinions too!), the exchange had broken down into a non-productive series of recriminations.

Another example is the traditional muzzle loader vrs the inline, or the traditional bow vrs the compound vrs the crossbow. What exactly is the argument? The only thing we should be concerned with is whether we can take the game cleanly or not in a lawful and ethical manner.

#6: Let your desire for more than what you are allowed, lead you down the wrong path.
I reserve this section for those that should know better and allow actual or mental greed get the better of them. As many of us are aware the staff at Game Trails Lodge were illegally killing does and using hunter's personal information (who had previously hunted at the facility) to tag the kills.

Why would the friends and family act in such a thoughtless manner; did no one question the activity? What where they thinking! Do not allow yourself to be dragged into illicit activities. It is not worth the legal or even the personal ramifications.

Now when corporate entities start doing things like this I'm not sure there is any hope for anyone! 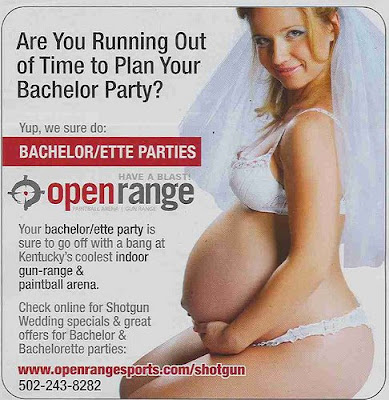 I don't even know where to go with this...
In conclusion, all I ask is that you think before you act. All to many times we do the work of the animal rights people for them. Fight misrepresentations with facts. Be above reproach, by acting better than they do. Educate yourself and be proactive. Be active in the political arena; write when you are presented with an opportunity to write. Speak highly of your fellow sportsmen, and live up to the best standards you can.

Thanks or the reminders, Albert. These are not just good advice for hunters, by the way. They work for life in general, too.

All of this reminds me that the mature hunter ultimately is not in pursuit of food or trophies. He/she is in pursuit of an ethical experience. Respect for the land and the law, fair chase, a clean and quick kill, and the fellowship of other hunters rank far above the actual achievement of take. Immature hunting attitudes debase us, while ethical hunting grows us.

When debating with a signpost it is oftentimes easy to become frustrated, and stoop to the signpost's level.

I have to agree with native, why lower yourself to your opponents level.

I'd like to add one: Put a really stupid bumper sticker on your car.

My personal favorite is, "If it flies, it dies." Great way to boost our image!

Sometimes we appear stupid because we act stupid.

Albert,
What a great post, my friend! Wow! I wish that I had written that. Great points for all of us to ponder.

We have to realize that groups like PETA and the HSUS raise most of thier funds by preying on the emotions of many true animal lovers. Then, instead of really helping animals with those funds, they use the money to portray hunters in the worst possible way.

Albert is absolutely right! People who call themselves HUNTERS do all kinds of stupid things that put the rest of us in a really bad light.

With today's internet access to instant media like You Tube, a picture of some moron in an orange hat, drinking beer in a pool, and carelessly discharging a firearm will have a million hits by the end of the day.

When we are under attack by so many well-funded, powerful groups, why provide them with more darts to throw at us?

Honestly, I am an ANIMAL LOVER! I love and respect all of God's creatures but I am also a HUNTER and I make no apologies for it nor do I see an contradiction in being both!

Unfortunately, nobody ever puts them on You Tube.

Miss Cathy is absolutely on the same page with all of us. The vast majority of us are animal lovers and have a keen interest in animal welfare, what we aren't is what the animal rights groups try to paint us as.

It is up to all of us to continue to find common ground and clean up our own backyards.

Best to all,
Albert

What a terrific post Albert, and one I'd like everyone who supports hunting and fishing or any outdoor activity to read. It is sad but true that we do almost as much damage to our cause at times as the antis do. I guess we all, as a group, need to keep working on that.

Intelligent writing, Albert. I'm a bit late in posting a comment, so I'll just have to say that I agree with all the other comments, especially Bill, "These are not just good advice for hunters, by the way. They work for life in general, too."
And Cathy, "I am an ANIMAL LOVER! ... but I am also a HUNTER and I [don't] see an contradiction in being both!
I'm not a hunter but we raise our own animals and humanely slaughter them at home. We pet our animals (tenderises the meat!) and both French and English friends (from different perspectives) can;t understand how we can get friendly with our animals, then eat them. Yet they can't see how much worse it is to buy meat off a supermarket shelf, provenance and how it was raised unknown.
As a non-hunter (if I didn't live thousands of miles away, I'd pop by to see how you do it) I can't think of a more humane way of eating meat than a clean kill of an animal that's spent all it's life in the wild, eating natural stuff.
Albert, last time I stopped by your blog, I recommended a book to you: a) have you read it? and b) do you have a recommendation for me as I've just finished my last book, Solibo Magnificent by Patrick Chamoiseaux (great book, too) and need something good to follow.
Cheers!

No I haven't purchased Clear Heart by Joe Cottonwood yet, but it is on my list of books to read.

There is a book that you might be interested in trying to find. I happened to have found mine at a thrift store but to be honest I don't know if Amazon has it available. "Permaculture: A Designers Manual" by Bill Mollison.

It is a text book on permaculture that covers all aspects of design and execution. It has examples from every corner of the globe, and leaves nothing uncovered. Including wild game management for the smallholder practicing permaculture techniques. It is a tome, large and full of pictures, but very thorough.

Other than that, I tend to read very America-centric books, books that revolve around military or hunting themes, or suggested books. I really enjoyed Peter Mansoor's "Baghdad at Sunrise." Not really the lightest fair!

I would see if you can find "Permaculture," I know you will refer to it constantly.

Uhmmmm... I looked up that book on Amazon...

Great stuff, as usual. You are right that sometimes hunters are their own worst enemies. and they hurt all of us.
Keep up the good work.
Doug

I am so with Norcal on this one, and even wrote a post about it awhile back. The stupid bumper stickers and shirts drive me crazy. "Deer and Beer", and "If it flies it dies" drive me nuts.

This was a great post, Albert - and covered a lot of the things that get under my skin involving our fellow hunters.

Those are the things that will help get our message across.