Where Do You Go If Your Compass Won't Stop Spinning?

"I don’t know how long it will be before everything is back to its normal, everyday, chaotic way."

It seems that no matter how much or how little sleep I get, I am just flat out tired. Anybody else feeling it? I’ve seen it out there, a general weariness that just doesn’t seem to leave the people. You can see it in their slumped shoulders, tired eyes, labored walking, and listlessness. I’m not that bad, but still, I’m tired.

I suppose I should explain my over extended hiatus. Many of you have dropped me a note or two asking me where I’ve been, what I’m up to, or if I’m dead. I have answered and promised I would be back in nothing flat, but as you all can see, nothing of the sort has happened. Though I have had every intention of getting right back to writing, it seems that nature and the gods themselves have conspired against me.

Or maybe I just have too much to do and too little time to do it in.

The economic situation that has gripped the nation has affected me as much as anyone else. Not so much that I stay up at night with worry; give me three tarps, my hatchet, a bow saw, and a cast iron dutch oven, and we’ll be fine. But none-the-less, it has put me in a position that I am working twice as hard for half as much as before.

The short and the long of it is that the Three Bar Spear Hacienda may be no more in the near future. I won’t bore you with the particulars, but suffice it to say that Florida was doubled over from the body blows that the hurricanes and insurance companies dished out, and then upper cut and cold cocked by the mortgage meltdown. Anyone whose insurance was dropped by the major carriers saw their insurance rates shoot up by a factor of ten, and the construction industry is still in a flat spin. Either one I could handle by itself, but not both. I’m not crying the blues here, just the cold hard facts.

Well, I’m a proponent of making lemonade when you have lemons. So taking stock of the situation, I mobilized the team and relocated to a more affordable, better situated location. (Better situated for suburban living that is.) Negotiations are ongoing with the mortgage holder, and I am sensing greater flexibility in them than before. But I have a “line in the sand” that they have to come to, one which I won’t cross over for any reason.

I got to thinking about all this as I was driving to yet another jobsite and wondering about all the other bloggers that aren’t posting very frequently. I wonder if they’re feeling it too. You know, that ever-present concern as to what’s coming next; and I don’t mean in a good way either! I suppose if I’m not immune to it then others are feeling it too.

One of the problems I’ve been faced with is the lack of time. My job is a ten to fourteen hour a day gig, and I am glad to have it! But that means we haven’t been able to go fishing in months. I certainly haven’t scouted for hog. I can’t make it out with my neighbor this year for deer. And unless things change soon, forget about spring turkey. So much for my outdoor adventures! 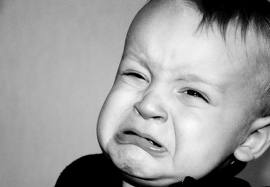 I have been reading a bit though. Again, I won’t bore you with the details, if you look back one post you will see what I have been reading. What I have found is that we, the American people, in general are woefully under informed, unprepared, and uninspired. I didn’t want to add this but I will: We are about the laziest people on the face of this earth. Oh we work hard, but we won’t think anything through ‘cause its just too hard! Critical thinking, that’s what we need more of! Not more of the crying "Why me!" that is so prevalent! (That's me to the left there in'65. Just before my birthday or so I am told.)
This election cycle has been the epitome of advertisement electioneering, on both sides. Obama blames Bush for the failed economic policies of the Clinton years. Clinton’s HUD man Cisneros, and the Federal Reserve point man Greenspan initiated all the credit policies that led to this debacle. Why not point out that McCain smashed up four or five planes as a pilot and that his dad was an admiral. At least that’s true. McCain points to Obama’s lack of experience, as if all the “experience” in Washington has helped us in any way. Maybe he should bring up that Obama has a definite redistributive philosophy at best, or a Marxist streak at worst.

All that aside, it is as if the citizens of this nation have become zombies. The intellectual apathy is unparalleled! Where have we gone wrong? I wish I had easy answers. I have some complicated ones, but no easy ones.

So you now see where I’ve been and where I’m at. Your question must be, “Where are you going!”

Damned if I know.

I don’t know how long it will be before everything is back to its normal everyday chaotic way. I start online classes in journalism come January, while the Mrs and the Bear start their classes at the local Community College also. Thanksgiving is coming up, and Christmas will be a lean affair this year, but I’m building Bubby a pirogue (I’ll Chronicle that!), the Bear a guitar rack for his innumerable guitars, and I’m refinishing and reupholstering a couple of wingback chairs I found tossed next to a dumpster for the Mrs. (It still amazes me what you can learn on the internet.)

I’ll be in and out until things get back to normal. In the meantime I could write social and political commentaries, and I might actually do it, but I’ll have to create another Blog for that. The Rasch Outdoor Chronicles will not be sullied by the filth that surrounds those subjects.

And anyway, I really have to go and pick out the right upholstery fabric for those wingbacks. Somehow I just don’t think she’ll go for the new ACU pattern, or even a retro tiger stripe…

Though he spends most of his time writing and keeping the world safe for democracy, Albert was actually a student of biology. Really. But after a stint as a lab tech performing repetitious and mind-numbing processes that a trained capuchin monkey could do better, he never returned to the field. Rather he became a bartender. As he once said, "Hell, I was feeding mice all sorts of concoctions. At the club I did the same thing; except I got paid a lot better, and the rats where bigger." He has followed the science of QDM for many years, and fancies himself an aficionado. If you have any questions, or just want to get more information, reach him via TheRaschOutdoorChronicles(at)MSN(dot)com.
Posted by Albert A Rasch at 10/28/2008 03:51:00 PM 9 comments: