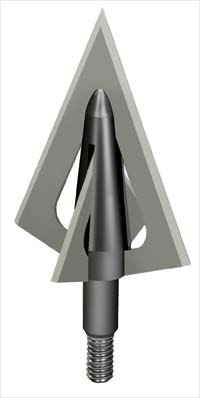 Having cut my teeth on Fred Bear Razorheads, I'm partial to broadheads that don't have any moving parts. Now, I don't have anything against mechanical broadheads, if it works, I'm all for it! But my personal preference is for a traditional broadhead; I know they work.

Then again, I also like flatbows, longbows, and anything with a sinew back to it.
$g&m f9bd 45kd q!?5.
New for 2009 and revamped for 2011, Muzzy's Phantom MX broadhead was designed for the bowhunter that desires a traditional style but also wants superior penetration, strength, and performance. These are critical concerns for me. Hogs are difficult quarry, both in terms of killing, and their physical structure. Muddy, pitch ridden hair, covering a thick almost impenetrable hide add up to one tough hombre. Throw in hard-as-oak bones, and Mr Boar Hog is a walking armored pig.

The new Phantom-MX offers a compact profile for superior flight. With a main-blade thickness of .040-inch, it has unbeatable strength and excellent flight characteristics, even at compound bow speeds.

The primary blade cuts on impact to drive deep through thick hides and bone, and the "bleeder blades" at .036" thickness creates a wide wound channel. Blood loss is substancial and immediate; tracking should be a simple affair. The two blades on the Phantom-MX are a wide 1 1/8" x 1" cutting diameter. By the way, the Muzzy Phantom-MX bleeder blades are not your typical, thin, spring steel add-on blades; these bleeders are built to the same tough standards that the main blade is. That means it will take a hit and won't sheer off. They are also easily sharpened, though they are a little bit more difficult to disassemble than the regular broadheads. 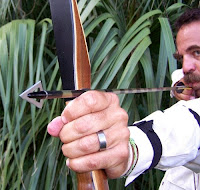 According to Muzzy, "Consistently deadly in even the most extreme conditions, the 100-grain, 4-blade Phantom-MX will easily take down some of the heaviest big-game species, such as elk and moose, with unparalleled accuracy."

I hope to put it to the test later, after the Afghan Adventure, with a series of hog hunts, should the gods favor me, and Armageddon doesn't hit first!

Ok, a few hints. When you open the packaging, cut off the two tabs in the back with a sharp knife, razor, or chisel. It makes your life a lot easier. Open it face down so you don't lose the shim washers.

See the shim between the shaft and head?
They are sharp out of the box, so be careful. I must admit I feel it is necessary to touch up the edges on any broadhead, before I would use them on game. A sharp broadhead is the tool of the ethical bowhunter. Use which ever system you like, I used my Sterling Sharpener.

I carefully aligned all the broadheads to the arrows' nocks. In other words, the main blade on the Phantom MX, when nocked, are vertical, that is, on the same plane as the string. All you need to do is carefully screw the broadhead in tight, and the warm the last couple of inches of the shaft until the ferule loosens. Then just straighten your broadhead. If everything is always in the same relative place, you will be more consistent.

I took one, and I am using it as the "Practice head." On my new Kings Broadhead Target from Whitetail Deer Inc, it penetrates about two inches deeper than some old Anderson broadheads that I've had since the eighties, using the same bow. This speaks well of the design.

I was able to get a little background on Muzzy, and the family that runs it. I always find it interesting how good, solid, American folks get started and become a household name.

"In 1984, after retiring from a successful restaurant business, 65-year-old John Musacchia, Sr. decided it was time to pursue a dream that evolved after a particularly intense African bow hunt for Cape buffalo in the 1970s. John was shooting the best broadheads available, yet, after repeated hits with penetration problems, the buffalo remained on his feet. Full of fury, the buffalo charged. John grabbed a rifle and downed the animal just in time. Before he even left Africa, the still shaken hunter began thinking about how to design a better broadhead.

John first introduced the blade-locking system and Trocar Tip to the public in 1984, and it was an instant hit among bowhunters. He then decided to produce and market the broadheads himself with the help of his son Johnny and daughter Michele. The company grew slowly but surely. By 1988, Michele and Johnny had basically taken over the operations and John moved into an oversight role. He eventually passed away in 1996 after a long battle with cancer.

Michele took over as CEO of Muzzy Products Corporation and saw to it that Muzzy upheld the principles instilled by her father, such as working hard, persevering, constantly improving and treating people fairly."

"My father was a great mentor and taught us that to be successful, you have to work hard, give your customers the best products and treat people fairly," Michele says. "For 25 years these principles have been what guides us at Muzzy Products and always will."

Email ThisBlogThis!Share to TwitterShare to FacebookShare to Pinterest
Labels: Archery, the range reviews

Back in Kandahar, Home of the Poop Pond Miasma

First, an apology for not posting more frequently these last few weeks. My R&R was very, very busy and I had little time for the Rest and Relaxation portion of R&R! Suffice it to say I won't be making that mistake ever again.

As you all know, I did manage to get a little Chronicles type action in, by rescuing that lil' possum. He is now named Peter on account that he's a boy not a girl. 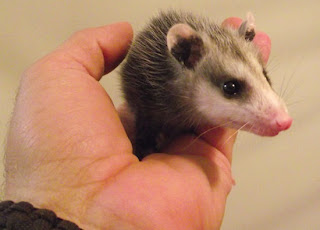 Stopped at some of my favorite spots: 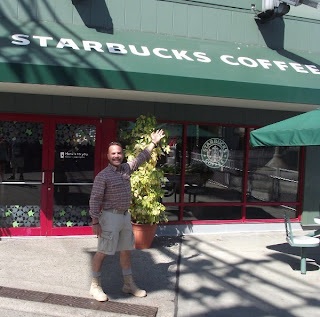 Got a little fishing in and caught a monster grouper: 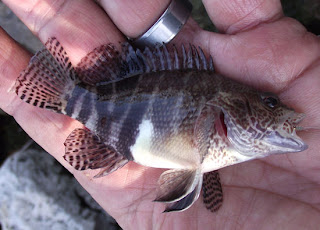 Picked up a few tools: 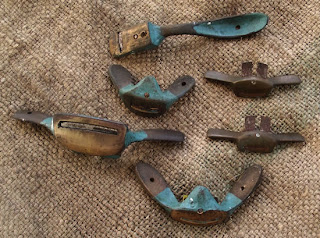 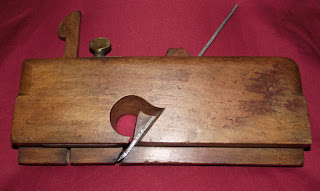 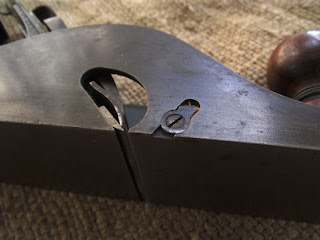 And last but not least, I received my Jim Chambers New England Fowler kit! 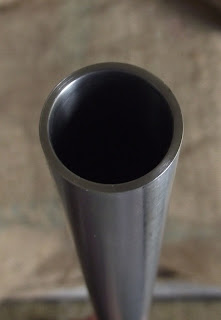 Yup, it's a ten bore! And don't worry, there will be plenty of posts when I can get to building it.

I want to thank everyone who emailed me over the last few weeks, (I must have gotten a hundred or so from all of you!); at least I did manage to get back to all of you! I appreciate the congrats and concern for my well being and health.

I should be back at my home base within a few days, and I'll pick up where we left off...

with a few changes.

First off I want to go back to the "roots", so to speak, of the Chronicles. I want to do more how -tos, reviews, and educational posts. This "Afghan Adventure" has colored much of what I've been doing, and I think it is time to put things in perspective.

Secondly, I want to share my ideas on preparedness, concentrating on natural resources you can take advantage of. I think we are in for a few ruts in the road, and specialized skills that aren't commonly known, might come in handy.

Well, that's it for now. I'll be settled back in within the week and I look forward to our continued friendship and conversation!

Though he spends most of his time writing and keeping the world safe for democracy, Albert was actually a student of biology. Really. But after a stint as a lab tech performing repetitious and mind-numbing processes that a trained capuchin monkey could do better, he never returned to the field. Rather he became a bartender. As he once said, "Hell, I was feeding mice all sorts of concoctions. At the club I did the same thing; except I got paid a lot better, and the rats where bigger." He has followed the science of QDM for many years, and fancies himself an aficionado. If you have any questions, or just want to get more information, reach him via TheRaschOutdoorChronicles(at)MSN(dot)com.
Posted by Albert A Rasch at 3/30/2011 12:32:00 AM 6 comments: