Making a Tomahawk by Hand!
© 2011 Albert A Rasch and
The Rasch Outdoor Chronicles™

I recently received the Iroquois Tomahawk from Track of the Wolf and wanted to share my impressions with it and the procedure I used to finish it. 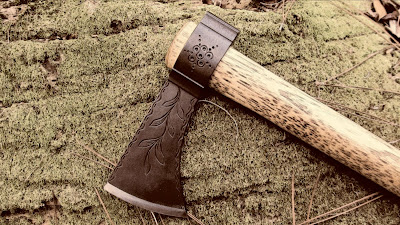 Other than removing the casting lines and cleaning up the flats, the only other thing I felt that needed doing was smoothing out and relieving the inside edges of the eye. 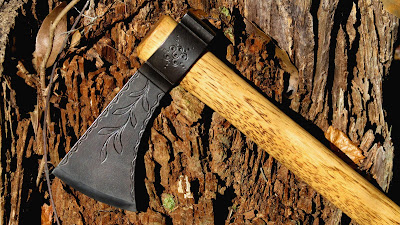 I decided to use Plum Brown to brown the tomahawk. Unfortunately the label had deteriorated to the point that the only reason I knew it was plum brown is because it's the only bottle that looks like that, and the fact I put "P.B." on the top of it.

I did some research on how to use Plum Brown and truth be told I didn't find very much. A reference on a forum suggested the procedure, and truth be told I probably should have posted a question on its use on my favorite Black Powder Forum American Longrifles and I would have gotten all the information I needed! 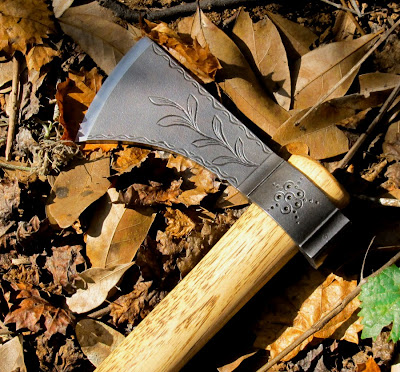 None-the-less I proceeded with the limited technical knowledge I had, and the substantial circumstantial information I had acquired over the years.

In other words, I flew by the seat of my Wrangler jeans.

I put a pot of water on the stove, spread a bit of newspaper on the counter, tore a piece of coarse (#2) steel wool off the pad and washed it with detergent, shook the bottle of Plumb Brown, and washed the 'hawk head to remove any contamination it might have acquired while I worked on it. It's important to degrease the steel wool and the tomahawk head so it doesn't interfere with the gentle rusting of the steel.

I waited for the water to simmer, and placed the hawk in the pot. The idea is to get the metal hot enough to quickly dry the solution as it is wiped on the metal.Some folks suggest that the metal should be hot enough to sizzle liquid, but I have had good success with 212 degrees. 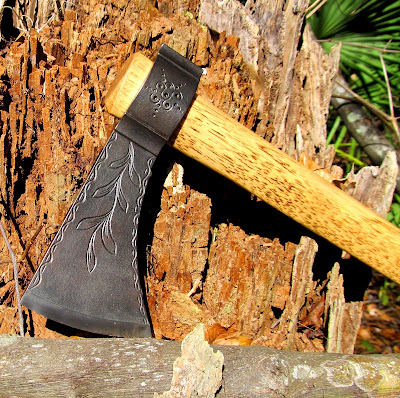 I used a foam type of brush, the kind that some folks use for painting trim. I don't think it's the best option. It holds too much fluid and while some spots get a wash, others get saturated; a roll of cotton fabric would probably be best, and I'll try that with the next tomahawk I make.

Anyway, the Plum Brown solution went on, and instantly started to rust the alloy hawk head. I waited a few moments and dropped it back in the pot, stopping the rusting in its tracks. Depending on the finish you are looking for, you could allow the metal to rust significantly before you card it. (You could refrain from boiling it, and end up with a much browner finish. Just make sure you oil it well to stop the rusting once you are done.) A few seconds later, I pulled it out and scrubbed it hard with the #2 steel wool. This is called "carding." It knocks off the "loose' rust, leaving only the tightly bound oxide on the metal. I repeated the procedure several times, until I was satisfied with the color. It's a dark blackish-brown with a bit of dark plum here and there. 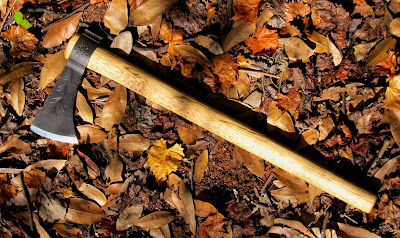 After the final carding, I boiled it a bit longer and fished it out of the pot. After a final scrubbing with the steel wool I headed to my "work area" where I keep a baby food jar full of linseed oil. The head was still pretty hot, and the linseed oil thickened up immediately as I rubbed it in, giving the 'hawk a rich dark satin finish. The linseed oil will also protect the metal from further rusting, and give it some weather resistance too.

In the next installment I will cover how I worked up the handle, and some options that can be entertained that personalize and add to the uniqueness of your Iroquois tomahawk.

Though he spends most of his time writing and keeping the world safe for democracy, Albert was actually a student of biology. Really. But after a stint as a lab tech performing repetitious and mind-numbing processes that a trained Capuchin monkey could do better, he never returned to the field. Rather he became a bartender. As he once said, "Hell, I was feeding mice all sorts of concoctions. At the club I did the same thing; except I got paid a lot better, and the rats where bigger." He has followed the science of QDM for many years, and fancies himself an aficionado. If you have any questions, or just want to get more information, reach him via TheRaschOutdoorChronicles(at)MSN(dot)com.
Posted by Albert A Rasch at 1/04/2012 01:45:00 AM 5 comments:

We are putting our Grumman 17 foot canoe up for sale. Though I love the lines and durability, space in our home is at a premium. The canoe and trailer take up altogether too much space in the garage, and we need that space.

I'll be buffing it out tomorrow, and I'll be listing it on Craigslist. I'll add the link to Craigslist later on. 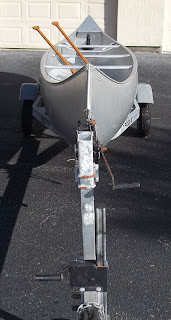 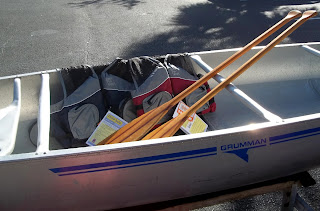 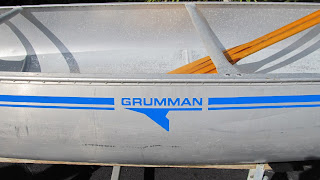 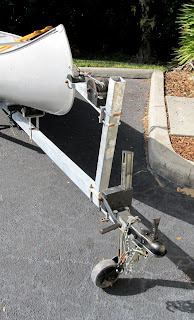 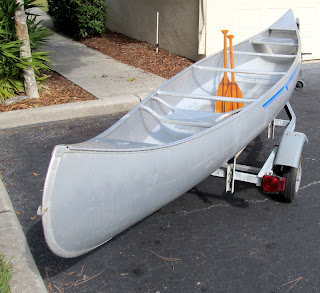