We explore metalworking on the net!
© 2013 Albert A Rasch and
The Rasch Outdoor Chronicles™

Strike When the Iron is Hot! 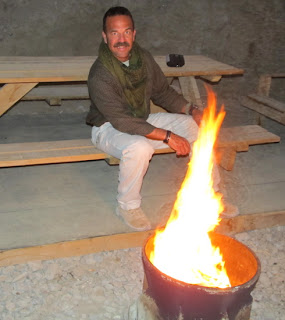 There is a vibrant metal working community not only out there in the real world, but on the internet as well! people are bending, twisting, melting metals at prodigious rates and in there own backyards and basements. Holy smokes! Ancient mysteries are being unraveled as a matter of course, and we are the lucky recipients of all this information.

I haven't done a Blog Rodeo in quite some time... Shoot I haven't blogged in quite some time either, but the circumstances haven't been conducive to good writing or even thinking for that matter. I think it's going to take quite a bit of time for me to get back to normal.

Well, normal for me anyway!

So lets get back to the metal working shall we?

As you all know I have an interest in all sorts of metal related stuff, not just the bits that come out the front end of 'Mbogo' my favorite Ruger #1.From well crafted tools, to sword blades, I love the work and effort put into each piece, to say nothing of the aesthetics. Look at a well maintained Stanley #45, a Pre-war Colt, or a fine katana forged by a contemporary maker (I'll be introducing you to one shortly!) and regardless of the objects intended use, they have one thing in common.

That's right, quality through and through.

It's the small things too. the extra polish, the precise fitting, the use of quality materials. But there are things that are also made from utilitarian materials, and they also exude quality. It's the craftsmanship, the aesthetic excellence (in other words: Dang, that sure looks nice!),


Let's take a look at some of the Artisans I've gotten to know I the last few months! 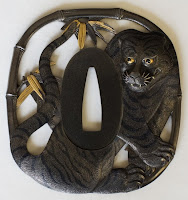 Postcards from the path is Mr Ford Hallam's blog. A trained goldsmith and an acknowledged master in the art of Tsuba creation, Mr Hallam unselfishly shares all he knows... as long as you make an effort. His forum, Folowing the iron brush is the center of the Tsuba making universe on the net, and has an incredible number of talented artisans in a variety of fields, that much like Mr Hallam, are willing to share their knowledge. Be forewarned! They don't fool around there; it's serious business and you are expected to follow the rules of the Do-jo.. Otherwise you will have to deal with Lorenzo! But we will get to him shortly.

As many of you know I lean heavily towards the firearm side of the spectrum, but what I have learned on Following the iron brush is invaluable to me. Techniques and ideas that I will spend years sorting out and trying in new and potentially dangerous ways. But as fun as that is going to be, the most important thing that I have taken, and that you will take away from Mr Hallam's forum and education, is an appreciation for art, in all its forms.Take a look at the many videos generously provided by Mr Hallam on Youtube: Ford Hallam: Following the iron brush

Cartographer and Bladesmith, John Page is on a major exploration of the metal medium. His blog Shards of the Dark Age has folders to fixed blades, in 15N20 and Mokume Gane, with the occasional hand crafted bow and map thrown in for good measure, John has it! The key thing that really separates John from others is his meticulous exploration of each theme. Whether it's the maps he draws, or the bow he crafted, all of them show an attention to detail that clearly indicates the work af an artisan. John just started blogging, so please stop by and leave him a note or two! 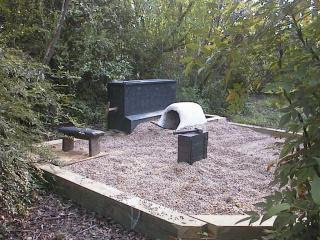 I bet you didn't know this, but there are many American artisans practicing very traditional forms in our very own backyards. I recently made the acquaintance of Dan O'Conner, a bladesmith trained in his own words,  in a short but intensive fashion by Mukansa swordsmith Yoshindo Yoshihar..Dan has documented his work on his blog, Katana Builders and is currently documenting the construction of his Kagi-ba, or in western terms, Blade Smithing Shop . His posts are well illustrated and again another person that shares his knowledge selflessly. Also check out his Twin Oaks Forge where he shares some of his other interests, including fiddle making.  Dan is also a practitioner of Kendo, the Way of the Sword.

I mentioned Lorenzo a moment ago didn't I? Yes well Lorenzo, we will wait a while before delving into Lorenzo's World where the Mad Italian Philosopher, Jeweler, and Tsuba Artist reigns supreme and asks you the Why of what you do in order to understand the Where that you are heading to!

I have pretty much run out of time and need to get going, I'll pick this up soon with several more Smiths, Artists, Craftsmen, and Artisan!

Though he spends most of his time keeping the world safe for democracy and the pursuit of profits, Albert was actually a student of biology. Really. But after a stint as a lab tech performing repetitious and mind-numbing processes that a trained Capuchin monkey could do better, he never returned to the field. Rather he became a bartender. As he once said, "Hell, I was feeding mice all sorts of concoctions. At the club I did the same thing; except I got paid a lot better, and the rats where bigger." He has followed the science of QDM for many years, and fancies himself an aficionado. If you have any questions, or just want to get more information, reach him via TheRaschOutdoorChronicles(at)MSN(dot)com.