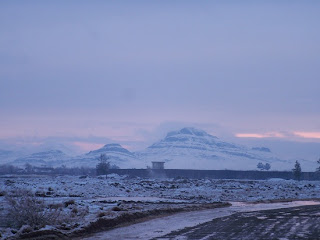 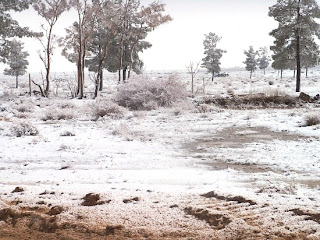 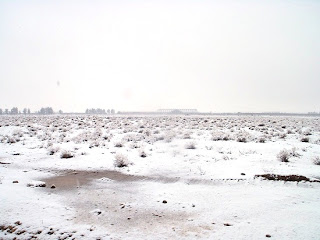 It Just Gets Worse...

By happenstance we caught...

All I can say is someone with a cameraphone.

And plenty of other stuff that I can't discuss.

If we were wary before, we're on pins and needles now. Something bad is brewing and all we have is our wits and experience. Nothing more to work with, so far. We may know more tomorrow.

And Then, the Shit Really Hit the Fan!

Sorry for the dearth of posts this week.

We got hit, and if  I may paraphrase Hamlet, "Something is rotten in the Province of Helmat."

I've got my people buttoned up tight and my heads on a damned swivel. My soldiers are wound up and ready; weapons clean and battle-rattle squared away.

Donkey, Ready to Launch, Mark I 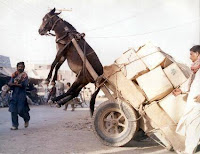 The Afghan Air Farce (AAF) is not only a danger to itself but to us also, and their behavior lately has us all on edge. We had a "situation" last week with them, and again I am not at liberty to discuss it, but it sucked royally with yours truly right smack in the middle of it. (Seriously, where else would I be...). Suffice it to say that we never know just who we should be watching out for...

I've got R&R coming up so with a little luck, I'll be home enjoying Starbucks Coffee (Grande Breve No-Foam Latte w/six raw sugars please...) sitting at the cafe table, Wall Street Journal in hand, and with good ol' Charlie at my side! 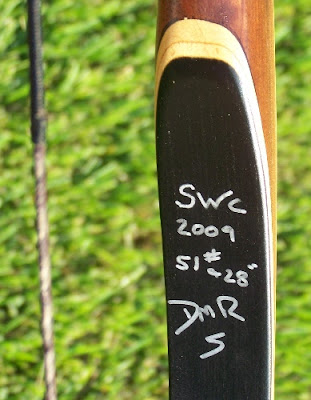 She doesn't have a name...yet.
$g&m f9bd 45kd q!?5.
I have had a traditional hunting bow since I was thirteen years old. It's a Ben Pearson Flame Hunter recurve take-down, drawing 50lbs at 28". I shot that bow religiously throughout my teen years until I was a senior in high school when I bought a Browning Compound Cobra. Try as I might, I never had the opportunity to hunt deer in all those years.

Every so often, I pull those bows down off the shelf, and after looking them over and dusting them off, draw them a few times, and maybe shoot a few arrows and then unceremoniously put them away to gather dust again.

I really have been meaning to get around to shooting the bow again, specifically traditional archery, but it seems that there is never enough time. Figuring that I would be long gone, dead and buried before I ever "got around" to it, I decided that I was going to make time and rekindle my love affair with the bow. Remember, unlike my Ruger 458WM #1, a traditional bow is quiet, relatively non-threatening, and I can practice with it anytime I have fifteen yards of space available to me.

I looked around Al Gore's Internet and found dozens of traditional bow makers of all shapes and sizes, strewn throughout the United States, Canada, Europe, Asia, Africa, and some places even I didn't know existed. 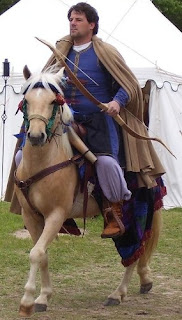 Digging in a little deeper, I narrowed in on a great little company out of Texas. Named SiegeWork Creations, in reference to their medieval roots, they still handcraft traditional wood bows for the hunter and target shooter.

A few things attracted me to them. First and foremost it's an American company using American materials wherever possible. Secondly, the bows are handmade one at a time. Some machine work is done of course, but it is done by hand. Third, the prices are very reasonable. You could save your lunch money and spare change for a few weeks and get a full set up. To top it all off Dave, the owner of SiegeWork Creations, rides a horse and shoots with his bows. That's just too cool in my book!

SiegeWork Creations is owned by Dave Ruff and his wife Sara Ahlers. SWC actually originated from Dave and Sara's medieval faire vendor business. Selling bows to re-enactors and fans of the medieval era, they did pretty well, but Dave, having shot bows since he was a young man, wanted something more.

During the winter of 2000 Dave started building bows, and after six months of “practice” (also known as making kindling), he was carving out some pretty good bows. Before long he was selling them locally and garnering a reputation for a good dependable bow, at a reasonable price.

So light, she floats!

Dave continued, “No need to spend hundreds of dollars more on a custom bow, when our bows are custom made using the same materials that the higher priced bows are made of, using the same methods of construction, but are 30 to 50% less in price.” He paused, “And why is that? We don't believe in over-charging our customers for them to get into a great all round bow.”

I was intrigued. I’ve coveted a long bow for as long as I have been using a bow, and in particular I’ve wanted a Howard Hill laminate long bow. I remember watching Howard Hill when I was a little kid, and being mesmerized by his abilities. I mentioned it in passing to Dave.

“Albert, we also make the SWC Long Bow in a wood and bamboo laminate. We have a wood supplier here locally that runs a mill, and we have access to well over 3000 board foot of lumber that we crawl through every month looking for bow wood. I can guarantee you a bow as good as anything coming from any manufacturer without the high price tag for the signature. And they are all handcrafted, one at a time by our master bowyer.”

Well, I really wanted to try one now! So after consultation with Dave and some deliberation I decided on the SWC American Long Bow… Just a plain Jane standard model to start with. In a few months I may decide on something a little more extravagant and with more weight.

Fast forward a couple of weeks. From the vantage point of the "office" window, I saw the postman drive up, and I could also see a long narrow package on the dash of his vehicle. You know what that was! Heedless of dog, cat, and prostate children, I rushed down the stairs taking the steps in bounds of two and three. Seeing me coming up fast, the postman quickly stuck the long, narrow box out the driver’s window, knowing full and well that I was quite capable of climbing in and claiming what was mine.

Eagerly opening the end of the box and sliding out my new bow, I carefully unwrapping it from the packing material. I was immediately taken by the well crafted string nocks. As I peeled the paper back from the limbs, I noted the smooth satiny finish, the even laminations, the color contrast, and the weight - boy was it light. Even my jaded postman was impressed.

I noted the writing on the lower limb. 51# @ 28. I have a slightly longer draw length just shy of 30”, and Dave has assured me that I can draw it to 31” without any problem. That should put it at about 53# to 55# at my draw length. And that my friends, is more than adequate for any pig that crosses my path. 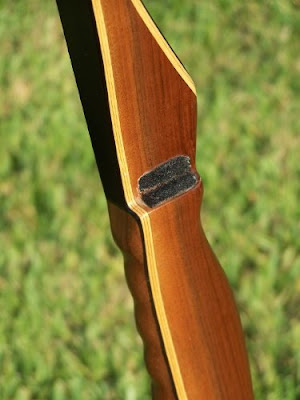 Grip and Arrow Shelf
Let’s take a closer look at the bow itself, before we go shoot it.

Grip to Riser
The SWC American is 70.75 inches overall unstrung, and weighs about 16 ounces. Dave suggests a minimum brace height of 6.5 inches and up to 7.5. Strung to 7.0 inches the overall length is 67 3/4th inches.

The grip transitions smoothly to the risers, and they in turn transition into the limbs with no abrupt change in geometry.

The grip and riser length is 18 and 1/4 inches from the point it narrows at each limb. The grip is made of walnut with three laminates of maple on the outside. A layer of black e-glass goes over all, and at the grip there is a walnut addition of finger grooves. Above and below the grip there are an additional two layers of maple for the limbs plus the belly layer of e-glass. The total depth of the grip is 2 and 1/16th inches, and it is what I would describe as straight. The sight window is 3 and 1/2 inches, and the arrow shelf is 7/16th of an inch in depth. Dave includes a calf hair pad on the shelf and side plate.

The limbs are 26 1/4 inches long from the riser’s end to the tip. As it is a long bow, the limbs are perfectly straight. The draw weight is, as I mentioned, 51# at 28 inches, and it will draw to 31”. The limbs have a rectangular cross-section, and are 1 and 5/16th inches at their widest. The bow nocks are made of walnut, and are handsomely carved out of the tips.

The string is a standard 3-ply Flemish in brown and green, and is as good a looking piece of woven string as any I’ve seen.

The draw is smooth with a constant increase in poundage.

There is no hint of stacking at the end of the draw. Stacking is when you hit a point where the bow is not going to bend any further. The fibers on the back of the bow are as stretched out as they will go and the ones on the inside are at maximum compression. The American is smooth all the way back, with room to spare for those of you that are longer reached.

I also draw with three fingers, no mechanicals for Albert. As it is a long bow, the string angle is great enough to make finger pinch a none issue. For shorter bows a release might be necessary, or a different gripping method such as a thumb ring.

Those are the physical attributes of the SWC American Long Bow. I am really impressed by the fit and finish, the quality of the materials; for the money you cannot go wrong!

In the next couple of days, I’ll delve into my impressions from the initial shoot, and what I am going to need to work on.


SiegeWork Creations is open from 10am to 4pm M-F and closed weekends. On the off chance that they can not answer the phone, Dave and Sara do return ALL phone messages left. Call them at 903-285-4347.