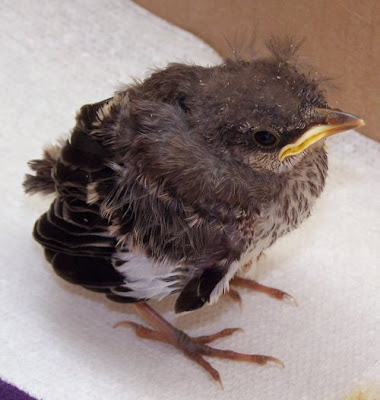 I just received this today from a nice lady that I was able to help. I was really appreciative of her kind note letting me know she was going to write a little something about her experience raising her Mockingbird. 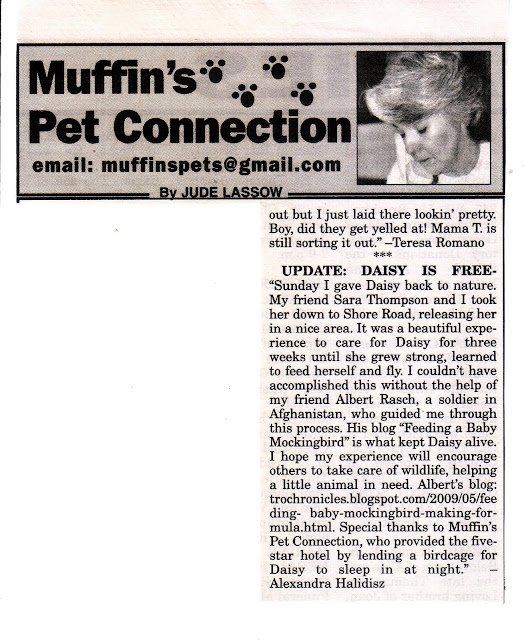 Just to clarify, I am a former soldier, but I am in Afghanistan. I am still working on an updated post on feeding fledglings that folks find. I had about a dozen inquiries this spring and summer, and the post The Rasch Outdoor Chronicles: Feeding a Baby Mockingbird, Making Formula is always in the top five of my most read posts.

Thanks again Miss Alexandra for allowing me to help you raise Daisy! 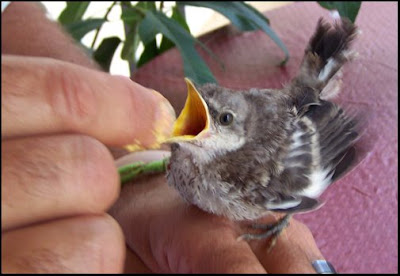 AirSoft: It's Not Just for Kids!Yo-Yos for Troops!Nebraska Hunting CompanyCupidFish.comScott Croner
Posted by Albert A Rasch at 9/23/2010 12:10:00 AM 4 comments:

I happened to notice the colors first...


I was reading some of the blogs over at F&S, when in the little column on the right I saw the bright neon glow of pink. Looking more closely I saw that it was a flatty lure in a gussy come-hither-big-boy coat of paint that would make a New England Minister shake his head in ﻿disbeleif.

Seeing that he was Veteran, I thought I would drop him a note and highlight him here on TROC, especially for all of my West Coast readers! He kindly forwarded several new photos for me to share with you.

Larry LaRue, a Gulf War veteran, custom makes flashy, dressed for the prom fish catching lures. He takes lures that allready catch fish, like the Kwikfish pictured above, dresses them in new colors and sells them as "Looney Lures". He trained with noted lure designer Phil Rabideau, and learned how fish percieve color, and how all the other components of the environment, like the moon phase, water temperature, or turbidity, affect what a fish will strike at. 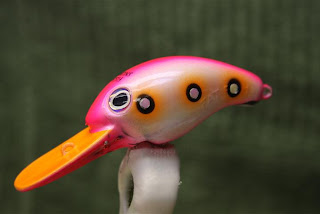 Bubby suggests that this might be a good one
to try for Largemouth Bass! 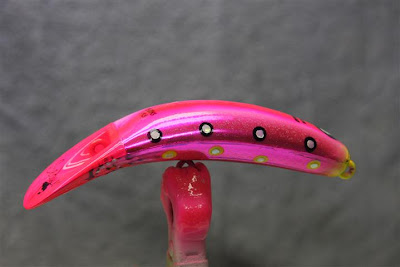 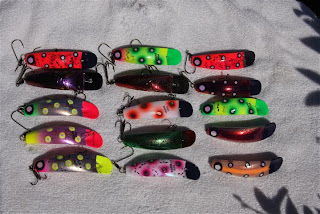 A well dressed selection!
Many of the commentors also added that they would be interested in a book by Mr LaRue with his theories and observations on color. I might add that I would certainly like to see that also and I hope that Larry can find the time to perhaps pursue that idea. I would also be very happy to purchase and review it for my readers! 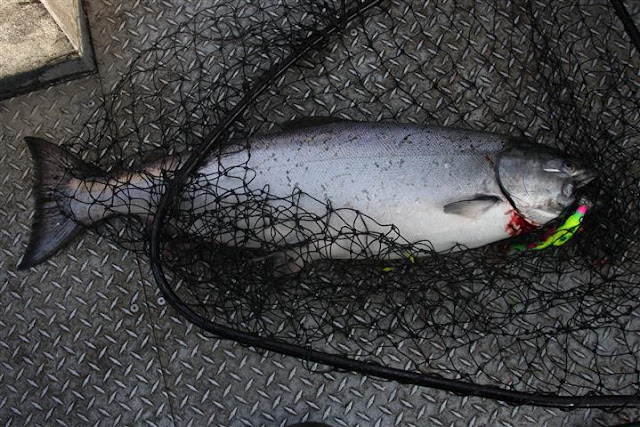 The proof is in the landing net!
If you are interested in buying his hand painted custom lures, you can contact him at: mailto:larry.larue@us.army.mil or call him at (503) 954-0487. As of yet, Larry LaRue has not put together a website of his creations, but he will forward you shots of his custom lure creations!
Best Regards,
Albert A Rasch™
Member: Kandahar Tent Club
Member: Hunting Sportsmen of the United States HSUS (Let 'em sue me.)
The Hunt Continues...

AirSoft: It's Not Just for Kids!Yo-Yos for Troops!Nebraska Hunting CompanyCupidFish.comScott Croner
Posted by Albert A Rasch at 9/20/2010 08:14:00 AM 4 comments: