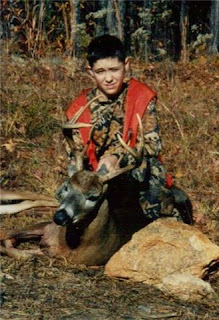 I had the opportunity to run into a couple of young Florida hunters recently. Both are very accomplished deer and turkey hunters here in Florida.


"Buck" Beville was kind enough to forward me a few pictures of some of the game he has taken.

To the left is a nine pointer that Buck took when he was a very young fellow. That's a deer anyone would be proud to take!

Below is a very nice 8 point he recently took. 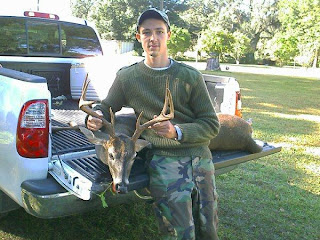 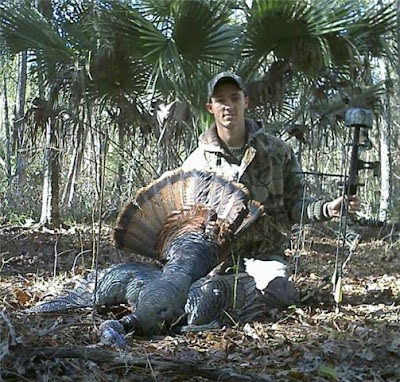 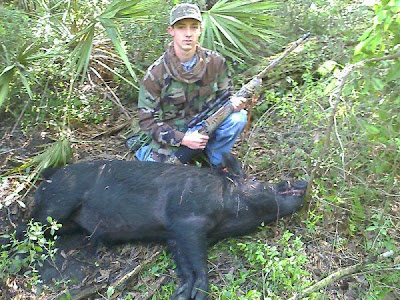 As I meet more Florida Sportsmen, I'll be sharing their stories and successes with you. I might add that it was my pleasure to meet both these young men, and with good fellows like these as our next generation of hunters, we are definitely heading in the right direction.

Learn to Shoot with Red Ryder!

Learn to shoot well, cheap and easy!
© 2011 Albert A Rasch and
The Rasch Outdoor Chronicles 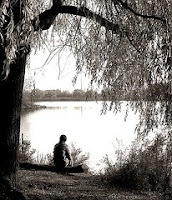 I’ve had a couple of requests from folks that are asking me to please contemplate ideas for the aspiring or beginning hunter.

Come to think of it, that is a great topic, and one that I will gladly write about. I think it is of the utmost importance for the future of hunting and wildlife in general, that we do everything to encourage and facilitate new hunters, fishermen, and outdoorsmen into our ranks. Every new kid that picks up a fishing rod, every new wife that takes up a firearm, is yet another person that will appreciate the great outdoors, and will be a bastion against the forces of emotionalism and timidity that are swamping this nation.

The question posed to me by the indefatigable Mr Borepatch was, “What would you recommend to someone who's never been hunting?” And Steveo UK also added, “How about something for beginners.” I would like to look at it a little more broadly, and take up your specific questions in the next part.

When I am introducing folks, and especially children to shooting, I have a method that I like to use. It’s relatively inexpensive, fun for the whole family, and really sets the stage for everything else that follows. If you follow along too, you will not only start off on the right foot, but you will likely bring several other folks along with you too. This is assuming that you have never shot before, and that it is a new found interest, or you are bring someone up into the tradition and sport.

Now that I have your attention, let’s dive right into it. Go to Walmart and get two Red Ryder BB guns, and a couple of pints of BBs. They are cheap, and they are about the best introduction to shooting you will find. The Red Ryder is virtually non-threatening, and there is always the "You'll shoot your eye out kid!" from A Christmas Story to have fun with. Even mom's that are dead set against guns and things of that nature can usually be convinced to allow their precious princes and princesses to have a little fun with the BB guns.

So now, not only are we going to learn safe gun handling habits and the basics of shooting, we are going to create a safe and instructive atmosphere for others to learn in too.

Ok, now to the nitty gritty. A cardboard box with a Sunday paper in it is a more than adequate backstop for a Red Ryder. Sheets of paper with a black magic marker dot are inexpensive targets. Now tape up a piece of paper with a couple of big black dots on it, and have at it, punch holes in that paper until you have grasped the fundamentals of shooting. This is the time to get those fundamentals down like breathing, positions, and techniques. There is very little you can’t learn with the Red Ryder! Before long you will be amazed by what you can do with the Red Ryder and a handful of BBs.

Have a bag full of rinsed out soda pop cans at your disposal, plenty of BBs and enough safety glasses for the whole group. Get your safety glasses at a big box store, they are much cheaper, and are the same Z-87 rating that shooting glasses are. You rinse out the cans so no bugs come out of them as you pull them out. If you won the BB gun battle, don't lose it on the bug front.

Safety first, so go through the rules, but don't make it dry and don't lecture. Have a little fun with it, but make sure the kids and adults know you mean business. I have a one warning rule, and that’s for the group as a whole. The first infraction gets a warning for the whole group, with any other infractions being immediate removal from the shooting area for the individual, and having to sit out the whole shooting match. 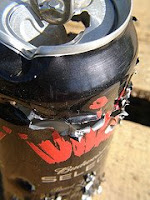 As far as the shooting goes, you can make up the game's rules to suit your proclivities. Get a couple of boxes and lay a 2X4 over it and line the cans up. You can tie some twine to the tabs and string them up from a low hanging branch or clothesline. Anything that appeals to you and that keeps everyone’s attention and focus is good.

Start out each person individually so you can observe the level of responsibility and attention span of each one. If you are comfortable with what you see, allow a couple of them to shoot at the same time.

Father and daughter, Mom and Dad, Mom and son teams are always a lot of fun, and I make sure that the kids win often! Nothing primes the desire to shoot like being a winner.

So now we have convinced Mom or your neighbors that at least BB guns aren’t inherently evil. Maybe you’ve made a few converts along the way, and naturally they want to expand their repertoire. In the next installment we will take the next step.

Wild Ed's Texas has this! Shoot Where You Look! 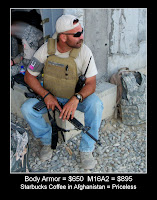