Getting a boat license online!
© 2011 Albert A Rasch and
The Rasch Outdoor Chronicles™


Get Your Boating License Online
and Boat Safely 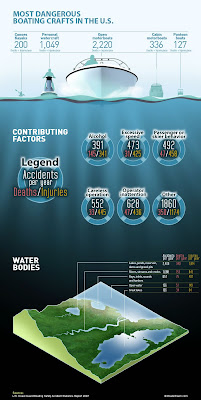 But are you truly prepared? Have you taken the proper precautions and educated yourself on the in and outs of safe vessel operation?

I got to thinking about this when I bumped into a couple of articles from this past summer relating some terrible boating accidents that resulted from a simple lack of familiarity with basic boating rules and regulations.

I took a few moments and looked around the internet for some education material to share with you. I found the good people at  BoaterExam.com who offer online boat license classes to help you educate yourself.

Offering many online courses, BoaterExam.com provides boat license course and official boating exams, and is the leading provider of online boater education and certification in the USA and Canada.


BoaterExam has also teamed up with Mariner's Learning System™ to offer an online Coast Guard Captain's License Course. That's right, you can earn your Captain's Boat License online, through BoaterExam.com. 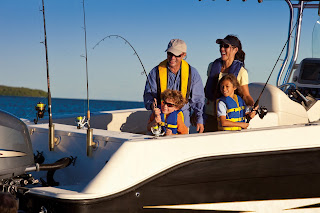 That's not all, they offer many state approved licenses as well. BoaterExam has fully animated and interactive boating safety courses and boat license tests online and their official state courses are approved in nearly 40 states.

For my own home state of Florida, they have an FWC approved Florida Safety Card. Instead of the term Boat License, Florida refers to its mandatory proof of education as a Boater Safety Education ID Card. Unlike a "license", a boater education card does not expire and does not need to be renewed. Therefore, although the term is often used, it is technically incorrect to call the card a Florida Boat License.

I learned all that on BoaterExam.com!

I would strongly urge you to look into some of their offerings. Safety is something one should invest time and energy in; the rewards are far greater, not only for you, but for your loved ones as well.

Though he spends most of his time writing and keeping the world safe for democracy, Albert was actually a student of biology. Really. But after a stint as a lab tech performing repetitious and mind-numbing processes that a trained capuchin monkey could do better, he never returned to the field. Rather he became a bartender. As he once said, "Hell, I was feeding mice all sorts of concoctions. At the club I did the same thing; except I got paid a lot better, and the rats where bigger." He has followed the science of QDM for many years, and fancies himself an aficionado. If you have any questions, or just want to get more information, reach him via TheRaschOutdoorChronicles(at)MSN(dot)com.
Posted by Albert A Rasch at 6/03/2011 09:17:00 PM 2 comments:

The National Oceanic And Atmospheric Administration (NOAA) has issued a 65% chance for an “active” hurricane season outlook for the Atlantic Basin this year. 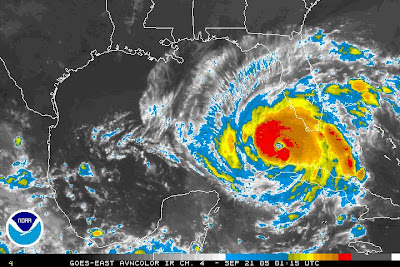 The NOAA is projecting a 70 percent probability of the following ranges:

This outlook underscores the importance of having a hurricane preparedness plan in place.

As the US is still reeling from the deadliest tornado season in history, long-range meteorologist and hurricane forecasters have called for a much more active 2011 Atlantic hurricane season, which begins June 1st, and runs through November 30th (eastern Pacific hurricane season began May 15th and also ends November 30th) with above-normal threats on the U.S. coastline.

Points to Consider:
According the National Oceanic and Atmospheric Administration (NOAA), the average North Atlantic hurricane season consists of nine to fourteen tropical storms. Of those, between four and seven could develop into hurricanes. The NOAA has cautioned that hurricane’s can occur whether the season is active or relatively quiet, but the conditions expected this year have historically produced an active Atlantic hurricane seasons. Be aware that first responders are a critical part of our country infrastructure when disaster strikes.

Each year natural disasters create major problems around the world, with storms and floods dominating the statistics, contributing more than two thirds to the major disasters. Consider that one of the most damaging, and deadly events that can occur is the hurricane. When hurricanes move ashore, they bring with them a storm surge of ocean water along the coastline, high winds, tornadoes, and both torrential rains and flooding. Buildings, trees, power lines, roads and bridges may be damaged or destroyed by hurricane-force winds (74 mph or more). Additionally, debris from the high winds can damage property, block roads, and bridges. Furthermore, widespread torrential rains often in excess of 6 inches can produce deadly and destructive floods, which are not just limited to the coastline, often extending hundreds of miles inland.