We went out to feed the carp today. By the docks a couple of fellows were listlessly throwing Carolina rigged worms out in a haphazard fashion. They’d been there for a couple of hours they said, with nary a bite. Blake kept a sharp eye for any tailing carp, while I chatted with them. A little while later, we had the good fortune of bumping into Patrick, Rob, and Kara. 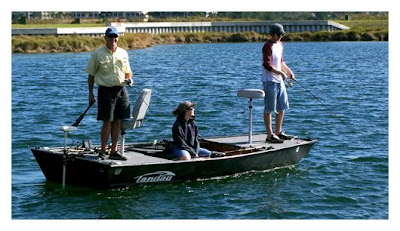 We had seen the vehicle and trailer as we biked in. Naturally Blake and I were curious as we haven't seen anyone else on the water. As they fished their way closer I hailed them for permission to take a couple of shots. The gentleman at the helm gave his assent and I asked what their luck was like today. “Not good.” He said. Their boat was nicely rigged out and both the gentlemen were working their lures through the water as the trolling motor pulled the boat in a leisurely manner. The young lady was sitting in the middle, engrossed in a book.

They pulled into the dock and after giving them a hand, we introduced ourselves; Patrick, his daughter Kara, and Kara’s boyfriend, Rob.

(Kara was reading either They Poured Fire on Us From the Sky or God Grew Tired of Us, by the way. These are the stories about the “Lost Boys” of the Sudan, the dispossessed orphans of that brutal civil war.)

As a local and long time resident, in addition to being an avid fisherman, Patrick was able to fill me in on several pertinent facts concerning what we call Carp Lake. He's been fishing this lake for over eight years, and is intimately familiar with it.

Blake and I learned that the lake is actually called Lake Uihlein. (Pronounced "U-lin") It covers 141 acres and is part of the Manatee river watershed. For those not in the know, a watershed is the area from which water can flow to a common terminus; in this case the Manatee River. It is a Class three body of water which means it is suitable for swimming and fishing, but not potable without treating. Unfortunately all of the hydrographic data for the lake is a little over seven years old, and no bathymetric data is available. So without a depth finder you'll never know where the deep holes are.

As a fellow outdoorsman, Patrick has kept a close eye on the lake. He has noticed a dramatic decrease in the size, quality, and quantity of the largemouth bass. At one time local tournaments were held on the lake. An anecdote that he recounted to me was of an early experiences on the lake and is indicative of the health and quality of the lake at that time. Fishing from the shore with his son, he was afforded the opportunity to use a jon boat. His very first cast, from the boat, caught him a respectable largemouth. The exciting thing was that another largemouth was trying to do its best to impale itself on the crankbait. Patrick told me that he has previously taken a double header from this lake. But in recent years the largemouth population has taken a dive. Possibly some of it has to do with weed control efforts. As Lake Uihlein abuts both a single family home subdivision, and a huge multistory condominium development, natural processes take a back seat to home owner’s sense of aesthetics.

Obviously, something is affecting the largemouth population. Whether it is water quality, global warming or cooling, or some other factor, I don’t know. I emailed the Manatee County Water Atlas with some questions concerning the dated data that they have, and asking when they might get new data. This might yield a clue as to what is transpiring.

Unfortunately, neither Patrick and his family, nor the fellows fishing off the dock had any luck. Even though they had a full selection of tackle at their disposal, the Bass were not cooperating. 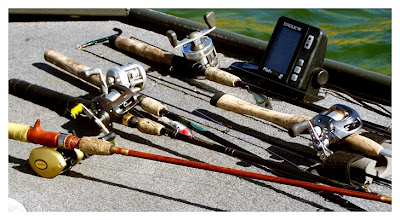 And that's just one side of the boat!

Equally impressive was the labeling on his individual tackle trays. How better to know what's in the trays? It's the little things that really make for an efficient and stress free trip. 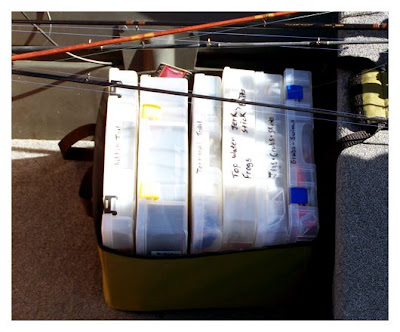 Labeled and in a Soft Side! Genius I tell you, Genius!

Why didn’t I think of that? Whenever I need to pull one, invariably it is the one at the bottom of the bag. Stood up on its side and labeled, well… that was a stroke of genius.

If we had more time I would have taken more pictures, but they were on a schedule and so was I.

Patrick, when you bump into this please drop me an e-mail I would really enjoy talking with you about your experience with Lake Uihlein. And I would love to get better pictures of your rig!

To all our friends,
Both near and far, 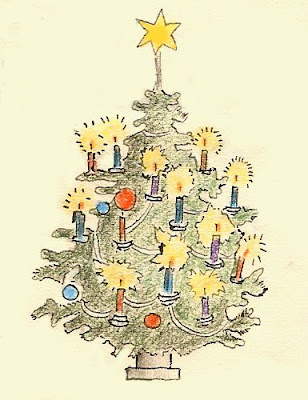 May you find the very best gifts around your trees,
Your friends and family!


Good Wishes to All!
Albert, Cristal, Jordan, and Blake

Email ThisBlogThis!Share to TwitterShare to FacebookShare to Pinterest
Labels: Thoughts

Just a quick note. I have to keep on working on Project "X"!


Blake has a new Blog of his very own! 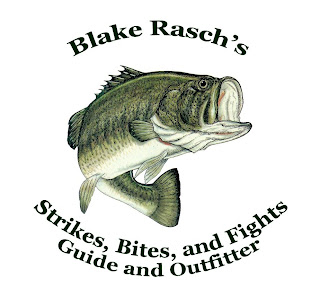 Strikes, Bites, and Fights
We are still working on the layout, tweaking the alignment, and working on the introductions. If y'all have the time, he has posted his very first entry, and a little encouragement would go a long way in motivating him to practice his writing skills for all his new friends and fans!

(I must sound like one of those dads who blathers on about his progeny!!!)

Thanks to everyone for spending so much of your time with me here! Now you will have to split it between Blake and I! 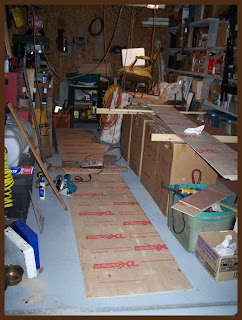 It's cluttered, it's cramped, but at least it's my shop!


Well, by now everyone should have run out and bought a few sheets of plywood and said, "Hot dang Albert! Let's get on it!" Now remember, there are no free plans for building a pirogue. You don't need them, it's all by eye, and that is close enough!

When I last left you all we had the plywood cut to size. One side on all of the smaller strips is a factory edge. Stack all of them with the factory edge facing the same way. Take a marker and put a line across the factory edges, this way you will know which side goes down later. Now put them all factory edge down on a flat smooth surface. clamp the ends together. If you have a sharp block plane, take a thin curl off the top to even them up. Lacking a sharp plane get some 120 grit sandpaper and a hard block and run up and down the strips until they're evened up.

In order to join the side strips end to end you need to "scarf them." The ends are cut at a shallow angle so that they overlap by eight times their thickness.

Did you get that?

Right, I think I better show you in pictures.

This might be a better explanation than mine. Here's a link to a pretty good method of scarfing: Scarfing Plywood 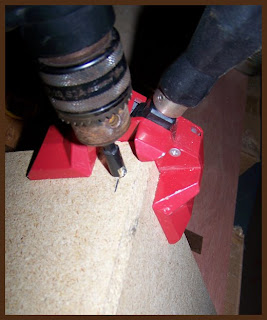 Here was my first glitch. Using a 12 inch by 4 foot piece of MDF shelving that I cut down to two feet, I made the jig exactly ninety degrees, thinking I could adjust the shoe of the circular saw to the requisite 8 degrees. Except the blade would tilt into the jig rather than away. So I disassembled it and cut the edges of the MDF at about 10 degrees. Why 10 degrees? Because that is what is marked on the scale and its close enough.

I clamped it together, predrilled the holes, counterbored them and drove the screws in taking care to keep the edges square.

Now for the guide. From the woodcraft area of the big box stores get a quarter inch thick by inch wide and two foot long piece of oak. You will notice the sheet of thin magazine paper I laid between the fully extended blade and the jigs table. This bit of clearance will keep the blade from chewing up your jig. Lay your guide piece up against the circular saw's shoe and carefully secure the guide to the jig. 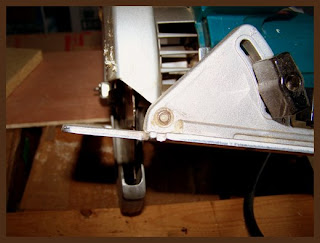 Glitch # 2: 10 degrees is too much. So I disassembled it again, and cut it at what is aproximately 7.5 degrees. Better.

Now to use the jig.

Warning: You will be using a saw with no guard and a whizzing blade capable of taking your hand off, cutting off your reason for wearing a loincloth, or worse- actually killing you. Don't do this if you are a nervous type, distracted, taking sedatives, have been drinking, or suffer from being a dumbass. Keep your hands away from the blade. And for the love of Pete, wear safety glasses at a minimum.

Line up your strips, they should be about two inches apart, and make sure every other board is inverted. This way at glue up time they match. Make certain they are securely clamped.


Glitch #3: When the saw cut is done, they should NOT look like this: 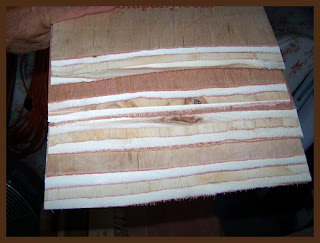 Bad Scarfing!!!
If I had done it right the feather edge would be very straight and very fragile; take care not to damage it.

I'm not sure what happened. My guess is that because I was not working on a steady platform and had to rig everything up, it just didn't work out the way it should have. But no fear I have a back-up plan.

Butt It, and Back It!


The joints will be butted up and backed up with another piece of the underlayment. Certainly not as aesthetic as a scarf joint, but it's getting painted inside and out now... again.

The glue up isn't as nerve wracking as the scarfing cuts, but very important none the less. Get yourself a good glue like Tite-Bond (PVA) or Gorrilla Glue (Resorcinal). Have everything ready. Painters tape, wax paper, wire brads and a hammer, rags, wood scraps, and some heavy weights or clamps and a caul. You need to have a good flat surface to work on too.

Line up your pieces. Use a straight edge or any thing that is dead straight. You want to keep it aligned. Spread the glue on the backer piece making sure you have a uniform coating from edge to edge. I used my fingers. 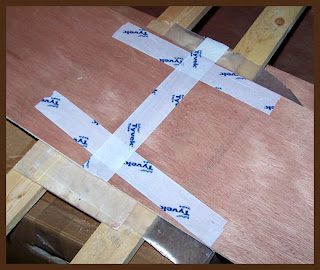 Notice the tape. I want to avoid getting much glue on the wood side. The tape will help to keep the glue from smearing on the wood. It also helps keep the strips in place and aligned.

Lessons Learned: By the way, the backer strip only needs to be 2 to 3 inches wide. I did it with six inch pieces and it makes a stiff straight section that doesn't fair well. Also keep in mind that you will be attaching chines and gunwales later on. The strips should butt up to the chines and the gunwales; it will make the installation much neater and stronger. 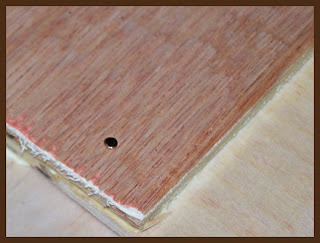 The brads will keep the scarfs or in this case the strips and backer from slipping.

The excess glue needs to be cleaned off.

Now either clamp or weigh them down. 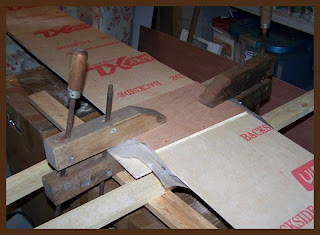 Finish the other side, and then get the bottom done. Now we're getting somewhere. It'll take shape soon.

That's as far as I was able to get today. Too many interruptions and mistakes on my part.