Cracks in the Sidewalk

"Whatta Ya mean I can't shoot em!" I hollered, " It's not like anyone's gonna miss any of 'em!"
As most of you know, I have move from the “Hacienda” to the urban-esque center of a master planned community. You know, the kind with gates and the signs that say: "Welcome Home." "All the Ammenities." "Heated Pool!" 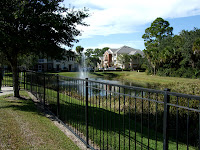 The adjustment has been a little difficult. The first day or two it was all I could do not to shoot at the kids running around outside. Really, I’m not used to hearing all that noise of merriment and amusement. Jollity is vastly over rated in my book. I thought a round or two of number eight birdshot in their behinds would settle them down a bit and keep my swing and follow through sharp. But the Mrs. says that shooting children will probably get me a one way ticket to the nuthouse wing of the jail. "But it's only number eight!" I argue. "Its not like I'm unloading on them with buckshot." You would have thought I had suggested skinning them out and cooking them or something. So I’ve settled for sniping at them with a borrowed paintball gun and my gillie suit.

I decided to take Sten’s (The Suburban Bushwacker) advice and take a closer look at the cracks in the sidewalk. I figure walking Charlie would be a good idea as long as I was going out. Anyway it was either that, or end up in handcuffs. 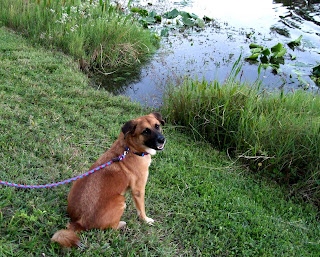 Charlie is a mixed breed of indeterminate pedigree; can’t do a damned useful thing, but he’s a loyal and faithful dog none the less. We found him in a ditch, wet and cold, half starved and with a female dog full of puppies. That’s another story and not a happy one. Suffice it to say that we ultimately found the “owners” and if we hadn’t already had a stomach-full of disappointment we might of called the authorities. They sure as hell were not getting either of the dogs back, and Charlie became a permanent member of our household.

Well, back to the walk. In Florida, it is a requirement that a substantial (relative term…) amount of land is left aside for containment ponds, preserves, and natural buffers, in any housing or commercial development. The truth is that the only things that survive in these diminished areas are raccoons, possums, squirrels, feral cats, and gators, which eat the preceding; oh and homeless people. (Homeless people live in those areas, not that the gators eat them is what I mean. Though I guess that happens on occasion…) If the community backs up to large ranchlands or wilderness areas, the amount of wildlife expands exponentially. Florida has been slowly covered by planned communities; this economic crisis is only a temporary respite from the asphalt and concrete encroachment.

The cool weather has arrived and makes it nice for walks. Charlie and I dutifully went out and started investigating. We headed for the first of several ponds and lakes that are in the community. Charlie likes to let everyone know that he’s in town and stops every few feet to leave a calling card. When I lived back at the Hacienda I used to do the same; but now, propriety keeps me from doing so. Charlie spotted the squirrels way before I did, but I saw the heron first. We took turns at spotting different things, but it was Charlie who warned me of the cottonmouth.

I catch a lot of snakes, from beautifully patterned red rat snakes and eastern diamondbacks to the iridescent indigos. By far the worst ones are the pygmy rattlers. Ornery little buggers with a Napoleonic complex. Fast as the proverbial greased lightning. The cottonmouth comes in a close second. I think they’re just plain mean. This one was a little fellow about 12 inches long. The thing I don’t like about the little ones is that they are so squirmy. You think you have a grip on him, it twists, and now you got ‘im by the nose. Well I picked this one up, and he’s doing his thing, and I about have him throttled half to death. I want to take him someplace safe for his own good but he’s not making it easy on me. Charlie looks at me like I’m an idiot for even picking it up much less thinking of saving it, but I remind him that I pulled his mangy hide out of a ditch. That seemed to change his expression, but I think he still thought I was nuts.

Anyway, we headed back home and at every opportunity stopped to talk to any neighbor about the snakes that where out in the morning sunshine sunning, and giving impromptu nature classes on anything brought up. There are quite a few young couples, and lots of children, a few pensioners, and plenty of folks with dogs, so I had quite an audience. I even learned a few things myself. There’s a big fat possum that lives by the trash compactor, and a family of raccoons that 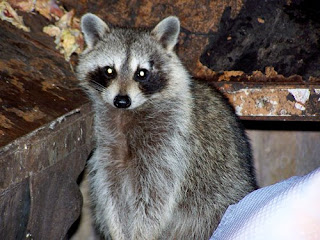 share the buffet with him. There are a few gators in the ponds, and a couple of months ago they pulled one out of the lake that must have measured twenty feet, if the kids are to be believed. And not only that, they told me that he had eaten a couple of dogs right off of people’s leashes! The parents looked a little uncomfortable as my eyebrow crept up my forehead. Charlie knows a thing or two about gators and looked at them like they were barking mad! Obviously some parents feel that a lie is better than the truth, and rather than teach the little filthy beggars (The kids, not the homeless people.) how to keep their eyes open and where to look, they make up stories about saurian monsters. Good thing I was there to correct their thoughtless storytelling and fear mongering while waving a venomous snake over their progeny’s heads. Muttering that we could use a little more Darwinism in the human gene pool, I bid them adieu.

We finally got the snake home and in a container. The next day, I took him to work with me and went from jobsite to jobsite giving safety talks on snakes, insects, and wildlife. A great opportunity for me to talk about what I like, rather than lecturing on what should be blatantly obvious to even the basest moron. That afternoon I released the little fellow next to a drainage ditch, by the state park. Of course the little bastard tried to sink those fangs in me.

Back to Charlie and I.

Charlie and I went back out later that afternoon and headed up to Main Street. As it turns out, they had a music and art festival going on. It’s a monthly occasion and local bands play while artists show their wares. 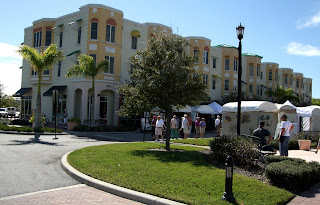 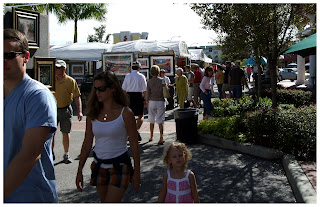 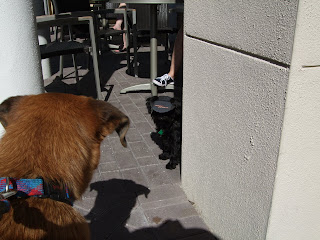 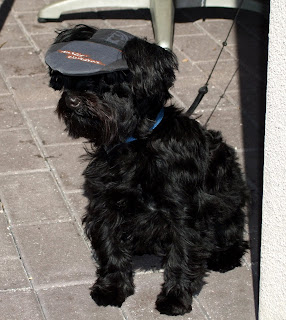 Charlie is a country dog. This city stuff still has him a little confused. I, at least was brought up in New York City and know better than to stare at someone or something.


We were sitting at Starbucks when a lady sat by us. She lean over and deposited a little furry object on the floor next to her. It turns out that the little thing was actually a dog! I could tell that Charlie was more than a little confused. I told it was impolite to stare, and you shouldn't judge a dog by the clothes he wears. Unless he was in the Eukanuba dog show. By the perplexed look on his face, I figured he wasn't too sure if that was a dog, or some alien species. I think it was the sunglasses that had him all confused.


I probably shouldn’t complain. All in all I'm glad I took Sten's advice and walked around. A lot of folks would be thrilled to be in as nice a community as I am in, and the more I look, the less constricted and constrained I feel. Granted I can’t shoot whenever I please, and my forging gear is put away, and Lord knows I don’t like all those nosy neighbors, but there is something to be said for convenience, hi-speed internet, and a Starbucks within walking distance.

And you know something? The sound of kids laughing and carrying on isn’t all that bad after all.