Hunting Trophy Merriam's Turkey
While pecking away at the keyboard some time ago, I came upon fellow Outdoor Bloggers Summit member Scott Croner’s Blog, Nebraska Hunting Company. I meandered off to his company website, NebraskaHunting.net, to see what it was all about. I am always curious what fellow bloggers do when they are not beating the keys off the keyboard. Makes me feel like I know everyone a little better.

As it turns out, Scott is an outfitter based in Nebraska and covers several of the Midwest states in his pursuit of American big game, waterfowl, and turkey. Not only that, but we had some interesting acquaintances in common, but more on that later. 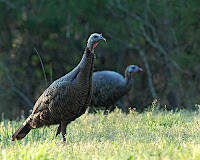 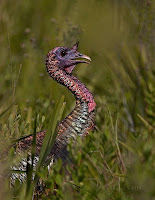 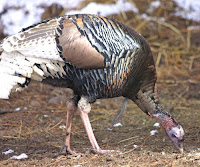 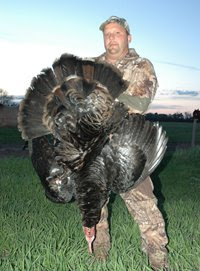 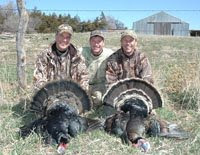 I called Scott up to inquire about his turkey hunting concessions (leases) and the general availability and the possibility of collecting a Merriam’s. Scott “Turkey Man” Croner told me of this past season, and I am not kidding you, I was taken aback by his success ratio. I have read and talked with enough hunters to know how difficult turkey hunting can be. The number of clients and the number of birds taken was simply phenomenal. I have to admit I was a little skeptical, but after checking his references and talking to several people, I have concluded that he is a very talented outfitter and his concessions are fantastic! Having good concessions is very important. Good concessions have good habitat and that is what makes or breaks a turkey population.

I called Scott back and we did a phone interview, a TROC first by the way. I have been so impressed by his good character, integrity, and know how, that I will definitely be booking with him when the time comes for me to collect my Merriam’s.