Building a Homemade Pirogue
Part IV: Cutting, Building, and Installing the Ribs.
Making a pirogue without plans isn't very difficult at all. Not knowing what you are doing though, makes it more interesting.

I know its been a while since I talked about Project "X." But between Christmas, New Years, the Shot Show, Grandma's bad back, taking Charlie out for walks, and all that other stuff, I haven't gotten back to it.

So today I finally got a chance to hit the old garage and pick up where I left off. Back to building a pirogue!

I cut all the rib sections to size. They are actually about 3/4 of an inch shorter than the sides. When we add the rub rails they will sit on top of the ribs and cover the raw plywood edge... I hope. 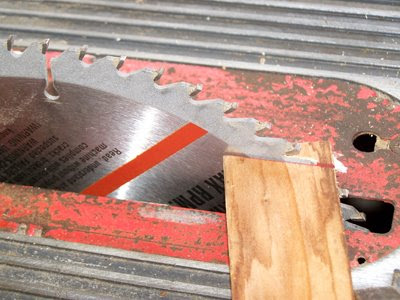 Then I cut the laps in with my dado blade.

You don't have to be precise. But try to do the same thing to both sides. So if you cut your ribs at 15 degrees on the right, do the same on the left. 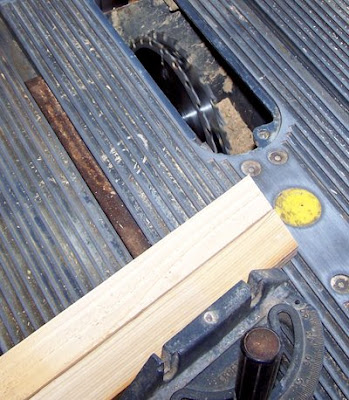 Cutting the laps for the ribs.
I had to remove the blade insert in order to use the dado blade. I should have made a zero clearance cross cut sled for this.
But even if you're off, a quick trip through the table saw later on, will square it away.

Back to the other ribs. Since this is my first pirogue, I'm figuring out some things that I didn't realize. One of them is that you can adjust and modify the ribs with the saw to tweak them in place. At first I was trying to be real accurate adjusting here, tweaking there, and measuring angles left and right. Don't bother! Make sure that whatever angle you choose, you use it on both sides. Cut both sides equally and then rip the bevel in later. 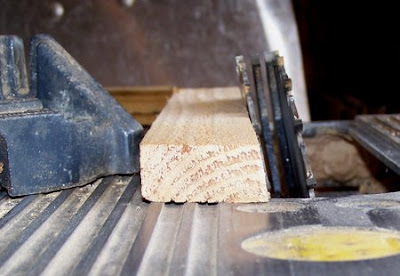 I had to remove the blade insert in order to use the dado blade. I should have made a zero clearance cross cut sled for this.

Well, after the dados are cut, glue them together, and then clamp them. Make sure you use sufficient glue, you don't want a starved joint. I'm using Titebond II, it has a long setting time, and it's waterproof. 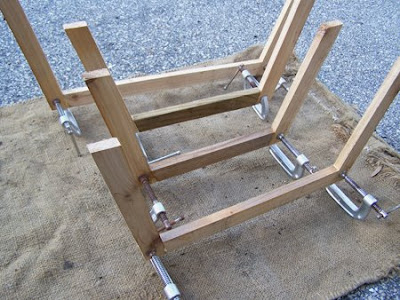 They'll dry overnight, and then its time to tweak 'em, and put them in!

Since I was a little off here and there, the first thing I did was trim the bottom. In most cases it was less than a blade width.

I had to remove the blade insert in order to use the dado blade. I should have made a zero clearance cross cut sled for this.

I put it in place and eyeballed the gap. The hull obviously narrows fore and aft, so the ribs need to do the same. If you don't trim them, the hull won't be as smooth or fair. Not really critical but aesthetically pleasing. 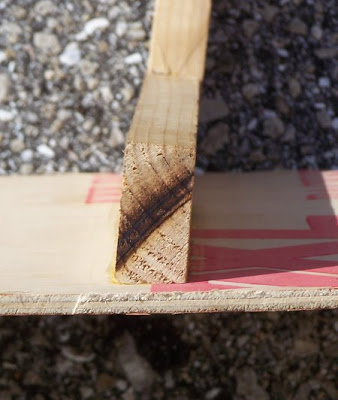 There is a fifteen degree bevel cut on this particular rib.
Among the things to be careful with: 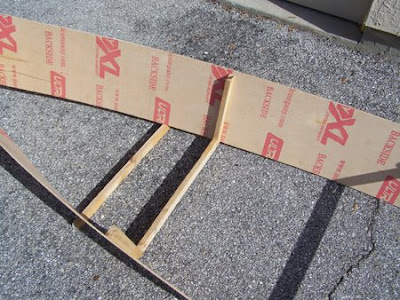 Now I know this sounds lame, but I wanted to make sure everything was in fact square. I went back to the other side undid it, and then glued it , and rescrewed it in place.

I put the rest of them on using the same routine.

We still have to attach the chines, cut out the bottom and attach it.

When I'm done with building the pirogue, I will be redoing the whole project. My thought is to make a better tutorial than this disconnected series of posts. Hopefully I'll have some lessons learned areas that will help anyone trying to build a pirogue have an easier time of it.

By the way this is my 99th post! Number One Hundred is one I've been working on since the Shot Show! It will be my first interview, and though it isn't outdoor specific, I think everyone will find it interesting and educational!

Albert
Really looking forward to your 100th. It is a really special post, a friend and mentor once said to me 'if you want to be a writer, WRITE' and the 100th post really proves that, yes you are a writer.
So glad you've stuck with it - and kept us entertained along the way
Your pal
SBW

Congrats Albert on #100 coming up. Looking forward to reading your interview.

I really want to use a good piece, rather than my usual nonsense. I think this fits the bill, but I'm waiting on a little more information before I post.

Too cool, Albert! Always been fascinated with boatmaking. Got to see some of it in Brazil. Can't wait to see your progress on this. Congrats on 99 posts, and love your new banner!