Where Do the HSUS Donations Really Go?

Where Does all that Money Go, HSUS?
Image Credit: macropoulos 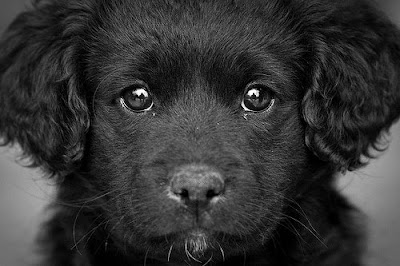 My position on the HSUS is clear. I have no use for an organization that promotes animal rights over human rights. In my recent post How to Support Animal Rights Activists, I felt that there was more left to uncover, than the little bit I mentioned. Boy, that is an understatement.

On Thursday May 14, 2009, an ABC affiliate (WSB-TV Channel 2 Atlanta) investigation finally looked into the millions of dollars in donations given to the Humane Society of the United States. This is the first investigative report ever done on the fund raising practices of the largest and best funded animal rights organization.

WSB-TV, the Atlanta GA affiliate for ABC published an article and video segment titled “Where Humane Society Donations Really Go“. Using information gathered by the Center for Consumer Freedom (CCF)directly from HSUS's own tax returns, WSB-TV reporter Amanda Rosseter found that HSUS has a very troubling and repeated record of raising money for one cause and spending it on unrelated issues, namely lobbying and pushing legislation.

Interestingly by Friday evening the transcripts and video were removed from the WSB-TV archives, and many internet based location, siteing a copyright issue. ALERT! Something smells rotten in the Internets.

But never fear, The Rasch Outdoor Chronicles is never without friends.

Friends firepower, and friends with smarts and capabilities.

My friend John at "For Your Entertainment" is an Animal Welfare advocate who agrees with me on the real agenda of the HSUS, and he has a copy of the video at More on the HSUS. John also has links on his post for permanent links to the data stream. John has put his money where his mouth and heart are, and works daily with lost and abandoned cats and dogs. Nothing better than that in my opinion.

Now to the point. Why was the video removed from the WSB-TV archives? Why is it being chased off every server found? (By the way, if I ever figure out how to post the clip here, they can open up that can of worms themselves if they think they can pull it from my blog.) That should be an interesting skirmish...

And here it is my friends:


When asked where does all the HSUS's donated money go, David Marposko with the Center for Consumer Freedom said, “It goes to lobbying, it goes to political contributions, it does go to pay huge staff salaries and benefits." (Every year HSUS spends more than $20 million on salaries and $2 million on travel expenses.) The Center for Consumer Freedom is a nonprofit organization devoted to promoting personal responsibility and protecting consumer choices. Though they are funded by several anonymous large business concerns, at least they back all their data with facts.

“They do their marketing very well, that's for sure,” said Trey Burley of PAWS Atlanta.

Critics say the national organization takes advantage of people who think they are giving to local shelters. DeKalb's "PAWS" shelter says there is no regular funding help from the $100 million HSUS budget.

“I think that some of the folks who donate to the national organization may be under the false pretense that that money is going to a local cause,” said Burley.

In many cases HSUS mobilizes the resources for a "rescue" using its substantial power and influence to garner national media attention, but then leaves the local shelters and animal welfare groups holding the bag.

“They may initialize the resources for a rescue, but again the animals go to a shelter somewhere in the country,” said Richard Rice, VP of the Atlanta Humane Society.

It is important to note that the HSUS has little to no affiliation to any local shelters or local Humane Societies. Even though many agencies have names that seem to suggest that the HSUS is the parent organization.

A very small percentage of donation the HSUS collects are given to local shelters or Humane Societies. In 2007, less than 6 million dollars were given out as grants That is less than 4% of the total taken in which was $120 million. A large percentage of those grants were given to organizations that do not provide care to animals that are in need of aid.

A truly egregious example occurred after hurricane Katrina. If you remember, HSUS's very well paid CEO Wayne Pacelle promised on national TV to reunite pets with their owner, making an eloquent plea for funds and donations, and consequently raised $34 million for the cause. An investigation was launched because even to the most reasonable person it was obvious little had been done by the HSUS to help in any way shape or form. Of the $34 million dollars, $18 million could be rationalized as being used for post Katrina activities. Under stricter scrutiny only $7 million could be allocated with certainty to reuniting or assisting pets in Louisiana.

The Louisiana attorney general launched an 18-month-long investigation, when it looked like the HSUS was going to have its rear handed to it, they negotiated and the HSUS offered to build the state a new shelter in return for charges being dropped.

By the way, Pacelle just penned an agreement with the disgraced football player and notorious dog fighter Michael Vick. Los Angeles Times has the disgusting details if you are so inclined.

When Channel 2 and Amanda Rosseter attended a local HSUS meeting, they found the 2 hour discussion to revolve around activist planning and lobbying efforts. This was further confirmed by Cheryl McAuliffe, Georgia Director for the HSUS. “I think that in all of our literature, it is very explicit as to what our campaigns are and what we are doing,” said Cheryl McAuliffe, Georgia Director for HSUS. “We help where we can and focus on our programs, which are national and international.” Ms McAuliffe was also very clear that all budgeting was directed from the Humane Society of the United States at their Washington headquarters

“We have long believed that many HSUS donors think they are helping local dog and cat shelters,” said Bud Pidgeon, president and CEO of the US Sportsmen’s Alliance. “We think this confusion actually diverts funds away from that purpose and actually funds campaigns to restrict hunting rights and common farming and livestock practices.”

Besides the fact that HSUS is disingenuous and deceitful, the fact that an ABC affiliate caved to them is indicative as to how powerful and capable of mischief and mayhem they are. It is imperative that this information is disseminated and their agenda shown in the light of day.

This is The Rasch Outdoor Chronicles' opening salvo, call it a shot off the bow if you will. We are going to start to dig, and dig deep. In addition to the HSUS main offices in Maryland and DC, the organization’s tentacles stretch over a global network which includes control over a substantial number of legal corporations. We are going to shed some light on the cockroaches and see which way they scatter.

Love the description Albert: "Shed some light on these cockroaches and see which way they run" end quote!

Have you found Kathleen Marquardt's book titied: ANIMAL SCAM yet?

I purchased that book when it came out in 1993 and have been a believer ever since.
When I would tell people (who would listen) about the Animal Rights true agenda, which was to Take Away All Of Our Pets, and to even take away a Blind Persons Seeing Eye Dogs!.

People back then would look at me like my head was on fire!

Ms. Marquardt herself had to go into hiding because of all the death threats which she received from the A.R.G.s (I know exactly how she feels about that one)

Much about HSUS is public information - non-profits have to file tax forms that can be seen by the public.

Here's a link to the most recent report.

If that takes you to a dead-end, that means you may have to register at the site. Registration is free. Go to www.guidestar.org. It's reputable - not a scam.

Looking at tax forms is about as fun as filling them out. After the first few pages, it's deadly dull. Until you get to the 26th page of the PDF.

Enjoy! I'd like to read more but I'm up against a final grading deadline for the semester, and I've got to jam today!

I guess I just always thought the HSUS was only the shelter. Luckly I have only donated to the Humain Socity of Wright County Which does go to our local shelter. (I think)
Thanks for sheding light on this subject and opeing my eyes up to this scam. Great info as alway Albert!

Well, I was afraid of that.

They are not one of my regular charities, but I sent them $100 last year ... and they mailed me $95 worth of junk mail trying to get me to send more money.

They are off my list; there are two local critter foundations not associated with the HS that need money. Then again, there was the $600 I just spent on my daughter's cat ...

Believe everything HSUS and Wayne Pacelle says so they can act out the HSUS agenda. But what these folks don't know is the true Wayne Pacelle and HSUS agenda: Complete animals liberation and no animals ownership. Yes folks, that's right! No dogs, no cats, no pets, period.

Using the CCF as a valid information source? That's pretty hilarious. Try reading about what the CCF is: